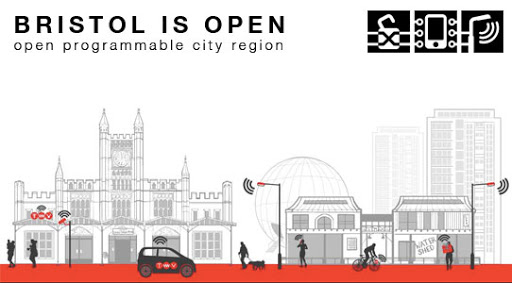 Zeetta Networks announced that it has signed an agreement with ‘Bristol Is Open’ (BIO) for the deployment of Zeetta’s NetOS® on the BIO Network in a first-in-the-world use of open networking technologies orchestrating a diverse Smart City network.

Bristol Is Open’s backbone network uses the council-owned fiber-optic network to link several nodes around the city.  A variety of wireless access networks branch out from the core fiber network to deliver user data rates up to 1 Gbps using a combination of Wi-Fi, LTE Advanced and –in the future- other more advanced wireless access technologies such as 60 GHz wireless.

Distributed sensors across the city supply the network with information about many aspects of city life including energy, air quality, temperature, humidity and traffic flows; University of Bristol’s  supercomputing and cloud resources are also connected to the core fiber network to host and analyze information flows, in real-time, providing open, accessible data for the development of a wide range of applications and services to improve the modern urban living and explore solutions on a city-wide scale.

According to the agreement, Zeetta will install, maintain and support NetOS® on the BIO Network to provide a multi-tenant, multi-technology software platform which will enable ‘Experimentation-as-a-Service’ in accordance to BIO’s mission. In the heart of the platform is Zeetta’s Network Provisioning Portal which allows service providers to acquire, on-demand, a ‘slice’ of BIO’s physical network for the development of their own application or service.

The agreement announced today extends the cooperation between Zeetta Networks and BIO which was originally established through their joint participation in REPLICATE, a €25million Horizon2020 Project, one of the largest Smart City projects in Europe, involving six cities including Bristol.

Barney Smith, CEO of Bristol Is Open commented: “Having Zeetta Networks’ technology as part of the Bristol Is Open platform will consolidate and extend the capabilities that we presently offer our partners.  Their technology is pioneering in the world of SDN and NFV technology and we look forward to working with the team and BIO ecosystem partners to further develop the BIO network along with city applications with our experimenters and commercial partners.”

Vassilis Seferidis, CEO of Zeetta Networks said: “Bristol is leading the way in implementing cutting-edge networking technologies to tackle large-scale urban problems. Today’s announcement will allow us to go one step further and explore new business models on how public-private partnerships can work together with open technology platforms for an efficient use and monetisation of city resources and infrastructure. The ability of Zeetta’s NetOS® to virtualize and slice different types of network resources including optical, packet and wireless is the catalyst for the exploration of such opportunities.”