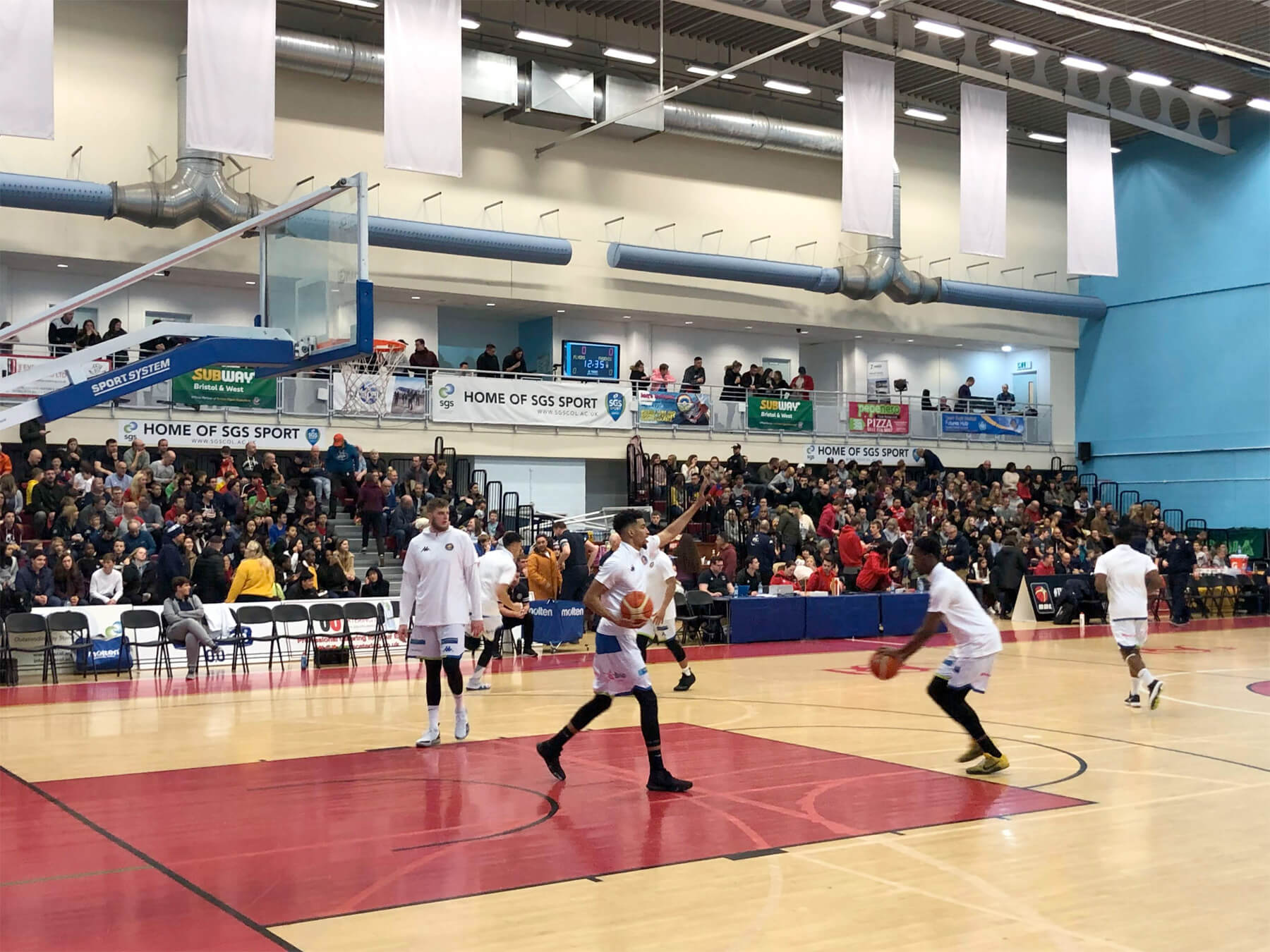 A challenge that many sports hall based, or temporary venue, events face is providing a fan experience that matches that which they can consume in a stadia or, indeed, at home.

With the landlords – be they schools/gyms/councils or private – networks locked down or staff unavailable at weekend match times, taking card payments, delivering fan Wi-Fi and sponsor activations can prove tricky.

Sometimes thinking outside the box results in something inside the box! PTI Consulting, in conjunction with Zeetta Networks, recently introduced the ‘network in a box’ concept. Roll it in, roll it out – it’s the way to deliver your own network in someone else’s environment. It provides the venue owner with the benefits of a reduced workload to deliver your agreement and you as the event holder with the benefit of controlling your own fan experience.

The revenue opportunities and operational efficiencies to be gained are great, says Bristol Flyers Commercial Manager Steve Devereux, “”We’re delighted with the outcome of the trial and to have taken our very first Bristol Flyers card payment. Having WiFi at our venue that can be utilised on gamedays would be a huge boost for us across areas such as merchandise, ticketing and operations.”

So how does it work?

By utilising the capabilities of the Zeetta Networks NetOS® and a public Wi-Fi deployment the Flyers were able to bring together several elements which had previously either been non-existent or completely separate. The network brought together a live media broadcast, public Wifi and a card reader for commercial transactions delivered “out of the box” on the night of the match.

This, along with usage statistics, allowed the PTI team to analyse operational processes, advancing the planning for future temporary events and open future event revenue generating possibilities using a low-touch technical solution, which hid the complexity of the network, and simplified tasks for the various business groups involved in delivering support on the night.

Rolled out for the first time at their fixture versus Cheshire Phoenix, a significant portion of the crowd connected unprompted, the Flyers were able to take their first ever ‘at match’ card transaction and all combined with some impressive speeds and results!

“It’s a significant step forward for us” Continued Devereux, “We pride ourselves on our digital content and fan engagement, so the prospect of being able to bring this to life on gamedays is also very exciting to us.”

The applications of the concept are to be tested by PTI Consulting for a variety of sporting environments over the coming months…..more to follow.