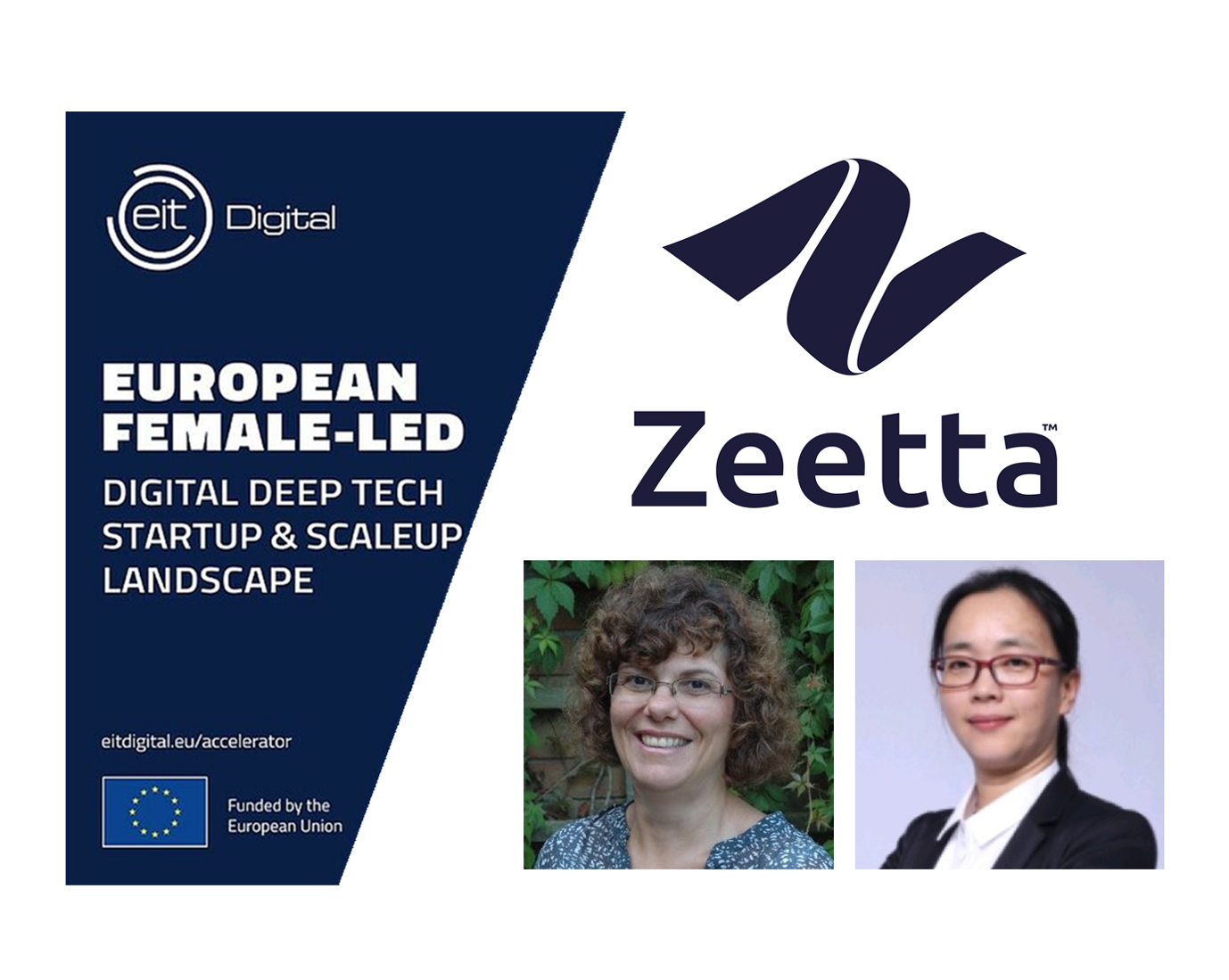 Zeetta Networks has been included in the EIT-Digital’s European Female-led Digital Deep Tech Startup and Scaleup Landscape thanks to our co-founders Dimitra Simeonidou & Shuping Peng.

Female entrepreneurship is expected to create 10.5 million jobs by 2050, boosting the EU economy by up to €3.15 trillion in the process!

Earlier this year, the European Commission said that encouraging more female entrepreneurship could create 10.5 million jobs by 2050, boosting the EU economy by up to €3.15 trillion in the process. In addition to that, a recent report from the Innovation Finance Advisory for the European Commission and the European Investment Bank (EIB) highlights the ongoing challenges faced by female entrepreneurs in access to funding and support to create and scale their businesses. The report highlights the lack of female representation among both founders and investors as a contributory cause.

In the context of overall low numbers of female entrepreneurs in the European tech ecosystem, the recent final of the EIT Digital Challenge, a pan-European competition which focuses on digital deep tech ventures with exceptional potential to achieve considerable scale across Europe, showed encouraging results. The competition received 403 applicants from 12 European countries, and 40% of applicants, 55% of the 20 finalists, and 3 out of 5 winners (that is 60%) feature women as founders or C-level executives. That is a great testament to the growing share of female leaders in the digital deep tech ecosystem.

“Gender balance is an issue in the industry and women are highly under-represented in digital, so we work really hard to address that all the way from our boardroom through to schools,” Willem Jonker, CEO of EIT Digital says. “The judging of the competition is purely done on quality, so it’s a great reflection of the calibre of startups out there.”

Promoting the role models of female founders and their companies is crucial for raising awareness about the gender balance in the ecosystem and aspiring more women to become entrepreneurs. In 2019, we launched the first edition of the European Female-Led Deep Tech Startup & Scaleup Landscape with the aim to highlight successful deep tech ventures led by female founders. Building up on that initiative, this year we’ve teamed up with Dealroom to build a more comprehensive and interactive landscape. It comprises 88 digital European companies with female co-founders. The companies employ over 6,000 people and have raised over €1 billion.

This landscape comprises active digital companies which raised more than €2M funding or showed revenue over €1M, have HQ in one of the European countries, and their solution includes an element of deep tech.

You can view an interactive version of the Landscape on Dealroom